Our overarching mission is to better understand the ecology,  evolution, and diversity of parasites and parasitism, and to use them to enhance general ecological, evolutionary, and behavioral science. We use observations and experiments from the field, lab, computer, and scratch paper. We aim to always explicitly operate within a conceptual—if not quantitative & predictive—theoretical context, and work to keep things grounded in reality.

There are three main goals (detailed below) that lie within our overarching mission concerning parasites, ecology, and evolution. Under the umbrella of these three goals, we pursue many specific sorts of questions. We focus quite a bit on community, population, and evolutionary ecology. We deal with the metabolic theory of ecology, food webs, phylogeography, biogeography, invasion biology, basic life-history theory, sociobiology, animal behavior, and good ol’ fashioned descriptive parasitology. We also work on directly applied issues, particularly using parasites as ecological indicator tools and as biological control agents.

TO REVEAL THE ROLE OF PARASITES IN ECOSYSTEMS 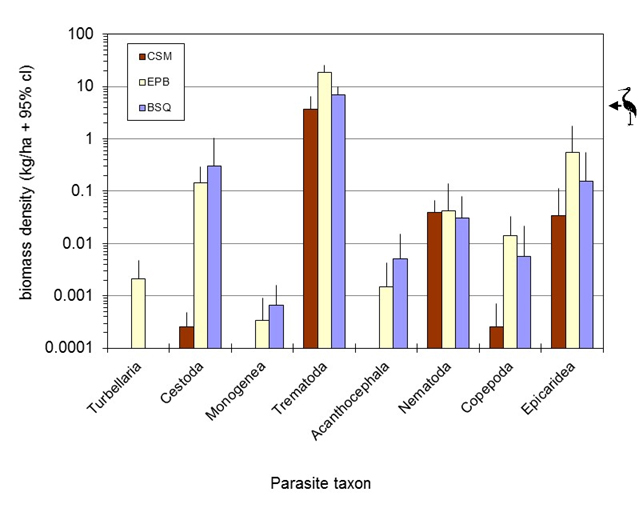 History and modern ecology tell us that parasites can strongly influence individuals, populations, and communities. Despite this, parasitism is usually ignored in ecological research. Is that a problem? We seek to understand the impacts of parasites on various ecological processes, at big and small scales. An example of this work is our documentation that parasites can have greater biomass than top predators (mostly birds) in estuarine food webs. As another example, we have current projects examining how host behavior-modifying parasites influence host personality, behavioral syndromes, and ecological interactions. 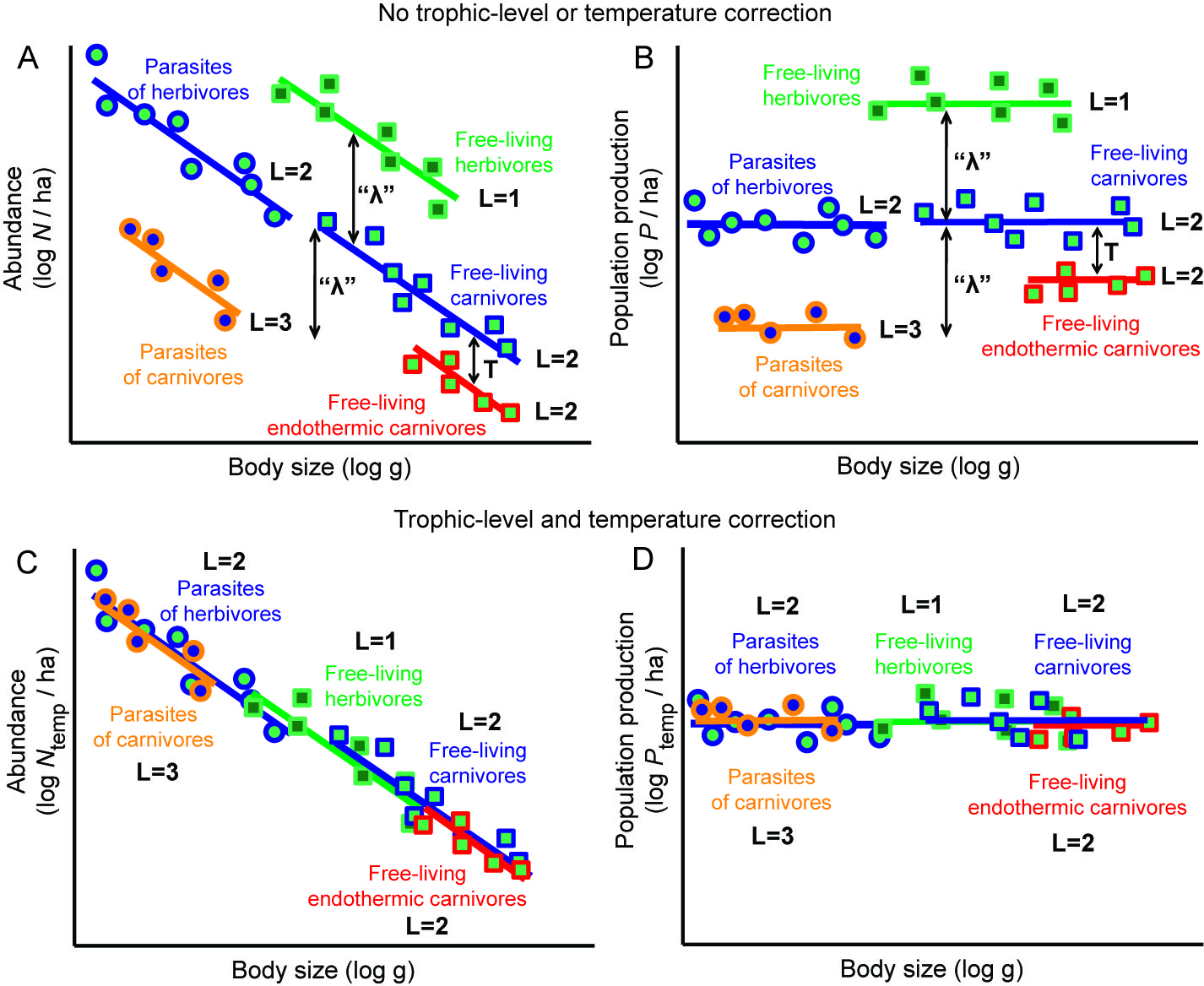 Another major aspect of our work comes from recognizing that parasites are bone fide species. They also comprise a massive chunk of biodiversity. And parasites differ from free-living species in some very basic ways. Well, it’s a no-brainer that generalizations about life should pertain to most life. So, we consider parasites—often alongside free-living consumers—to test, refine, and buttress efforts to construct universal schemas that characterize all life. An example of this is our recent work enhancing metabolic-scaling theory to predict the abundance of all species—parasitic or not—in food webs. This work also revealed a possible new ecological rule—”biomass production equivalence.” 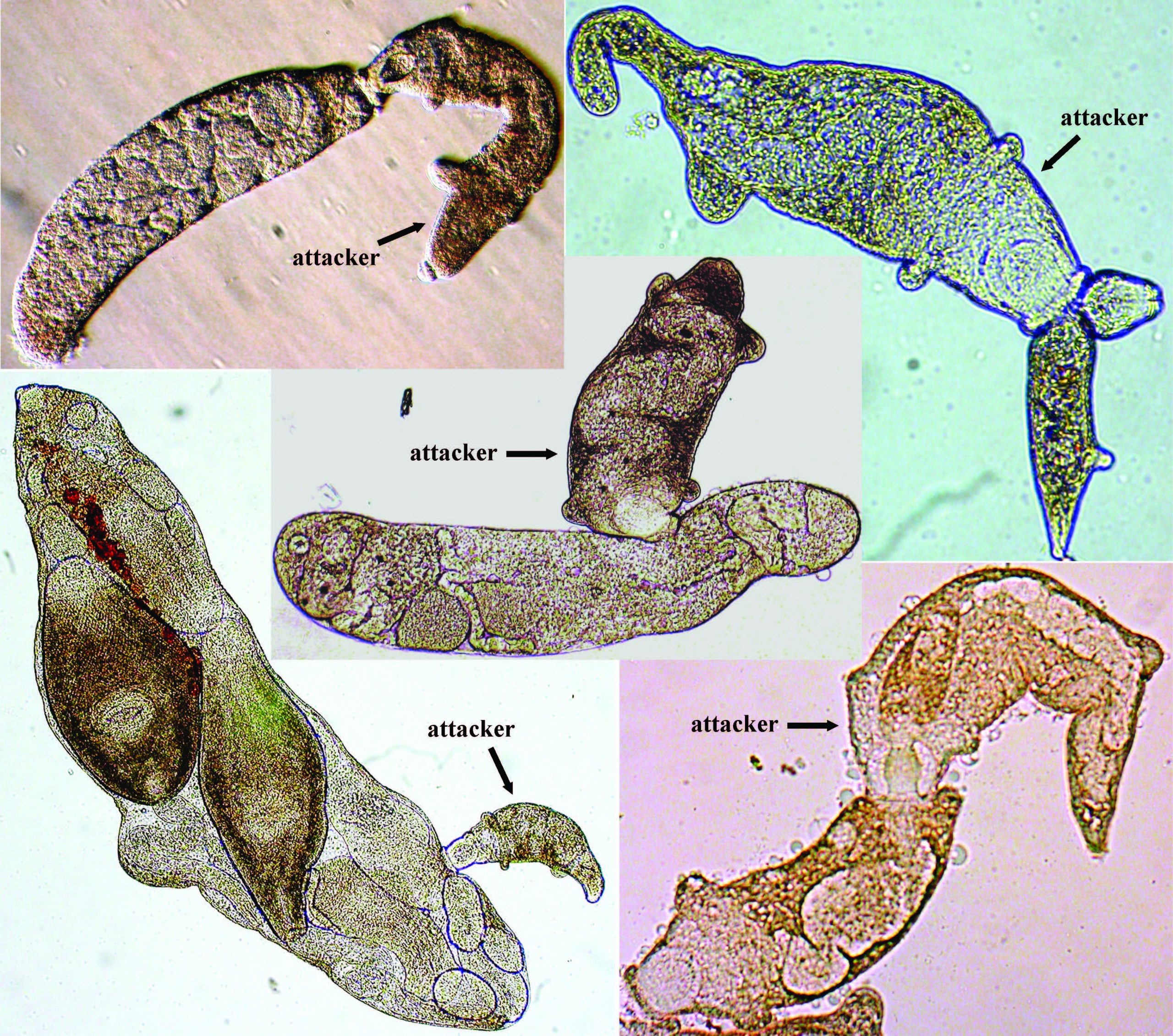 We also work to reap the benefits of using parasites and their hosts as tractable—sometimes superb—study systems to tackle basic ecological and evolutionary questions. For example, hosts provide natural, discrete replicates of parasite assemblages. From an ecological standpoint, this can facilitate novel examination of community structure and dynamics. For instance, see our recent work documenting reversed latitudinal diversity gradients for a diverse guild of parasites. Concerning the evolutionary side of things, parasitic castrators—body-snatcher parasites—can allow uniquely powerful tests concerning the general forces driving adaptive evolution, including how extrinsic mortality influences the diversity of body sizes among species. Another example involves building on Ryan’s discovery as a grad student of a soldier worm caste in trematodes; this opened the door for a ton of research examining the ecology and evolution of complex social organization.

A lot of our research happens in estuaries, where we have a pretty good grip on their total biodiversity (of multicellular animals and plants, anyway). But we are certainly not stuck on those ecosystems. In fact, I seek to continually expand to sub-tidal, deep-sea, and open-ocean habitats.

Similarly, although a lot of our detailed, model-system type work focuses on trematode parasites (heck—they are awesome) and their hosts, we also deal with lots of other types of parasites and their hosts.